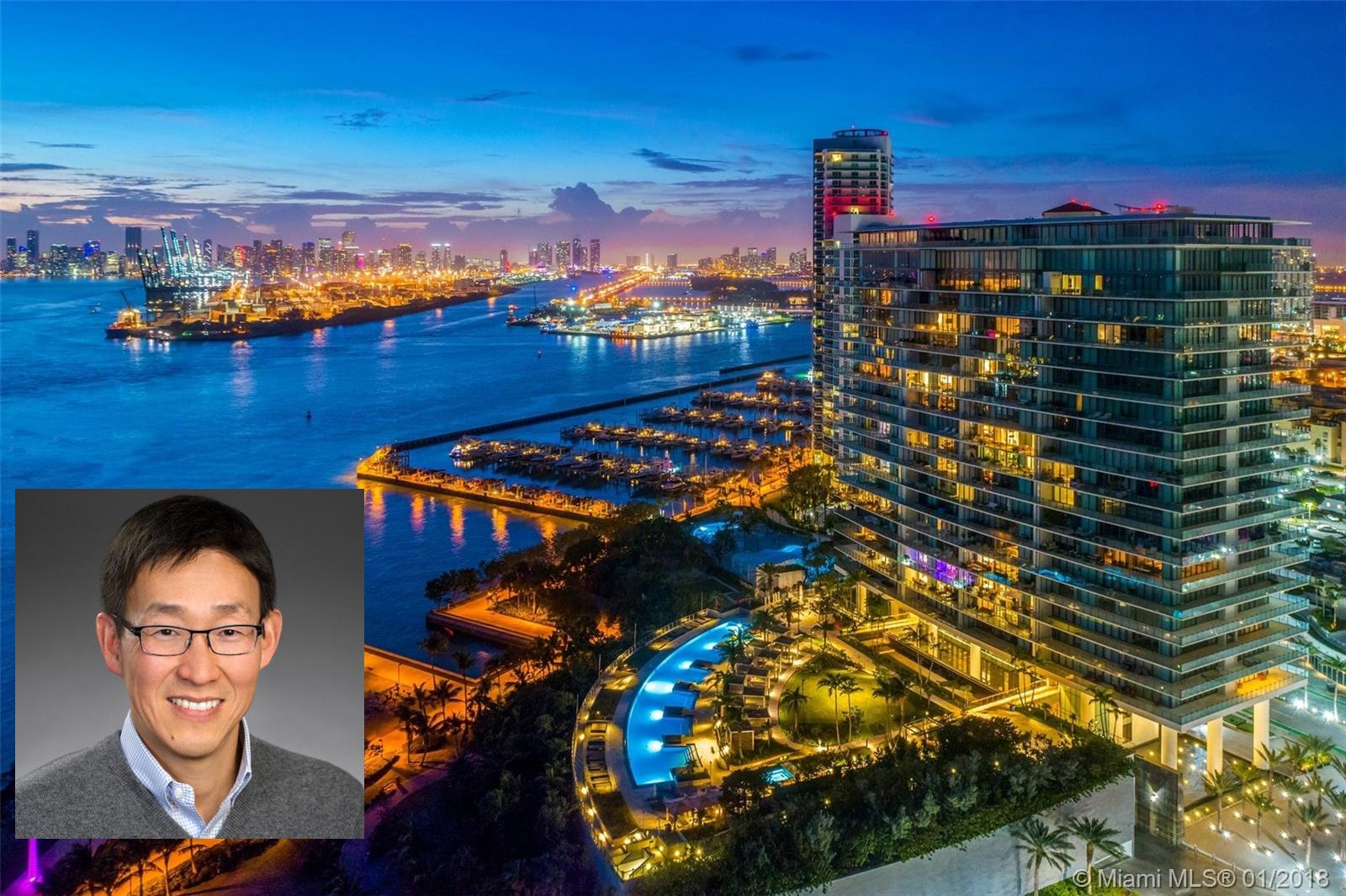 The Realdeal Magazine reported that billionaire hedge funder John Liew and his wife Serena just purchase a South Beach Condo at Apogee South Beach for $13.5 million about $3,600 per square foot.
John Liew is the co-founder of AQR Capital Management, a private hedge fund firm based in Greenwich, Connecticut. Forbes pegs his net worth at about $1.25 billion.

Records show 1604 Apogee Corp. is the seller of unit 1604, a four-bedroom, 3,731-square-foot residence located at 800 South Pointe Drive. The property was listed for sale in January for $14.5 million with Bo Mastykaz with Douglas Elliman. Liew was represented by Elliman’s Eloy Carmenate and Mick Duchon.

The condominium features include a 2,400-square-foot wraparound balcony with an outdoor kitchen, marble bathrooms, wood finishes and a chef’s kitchen, and spectacular views of the Ocean, bay and the Miami Skyline.

This latest sale is part of a wave of recent record breaking sales at Apogee, a very exclusive, ultra-luxury 22 story Miami Beach condo property with only 68 units. In March, two units sold for $12 million and $14.8 million.

See a detailed and current list of luxury Miami Beach Condos for sale including properties in the surrounding South of fifth neighbourhood such as Continuum South Beach.